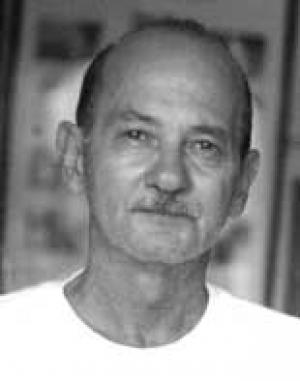 José Joaquim da Silva was born in 1939 in Vitoria de Santo Antão, Pernambuco State. In his youth around 1960 on a trip to Tracunhaém he encountered and his enthusiasm captured with the work of the renowned ceramist Lidia Vieira. Inspired by her creations he began clay modelling and in 1968 moved to that place. He preferred creating animals and old people in his first pieces but was soon specializing in images linked to the different religious traditions: Catholic and Afro-Brazilian. His clay sculptures are modelled by hand and many are very large, up to two metres in height. He normally works with helpers and his children have followed in his steps as ceramists.