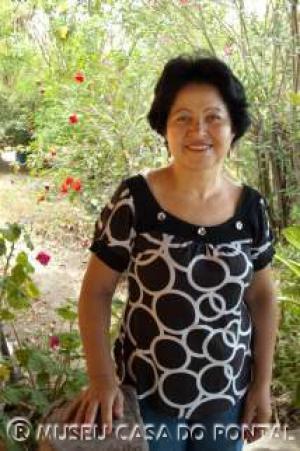 Socorro, daughter of the talented ceramist Zé Caboclo, brother-in-law of Master Vitalino, was born in Alto do Moura, near Caruaru, Pernambuco State on 14 April 1955. When very young she was already showing her talent in modelling clay. When she was eight years old she was already making perfect toys for children. This quality made for slow production slow and low earnings, since in the early 1970s the prices for each figure were very small. Nevertheless, Socorro persisted in making miniatures to her own satisfaction and was at ease creating figures on a small scale. In compensation for the low earnings, she would work more than 12 hours a day. In her book “Kingdom of the Moon” we read that Socorro was considered the perfectionist of her talented family. In the Casa do Pontal Museum we can see a beautiful collection of her work, especially those produced in the 1970s.