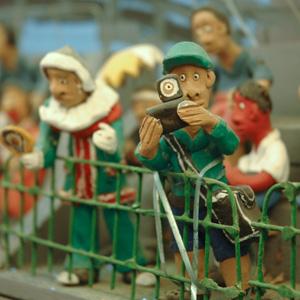 Carnival is the biggest folk show in Brazil. It occurs everywhere and is an entertaining and breathtaking event, characterising a really special period for a large part of the Brazilian population. Today the carnival festivities assume very different local/regional features, such as the frevo of Pernambuco, the Bahian trio elétrico, and the Rio de Janeiro samba schools. There are also the street carnivals, club balls, costume contests, masked and/or disguised revellers and samba school parades. Part of the population – plus a large number of foreign tourists visiting Brazil especially for the merriment – live or regard Carnival days as moments of joy, rest from routine and, sometimes, of dreams. Carnival is acknowledged as the most typical Brazilian festival, considered a rest from everyday life, a time when sadness and problems are to be forgotten. But after the festivities became a strong tourist attraction, the period of carnival was extended especially in the large urban centres. In practice, the festivities already begin during the rehearsals in the samba school dance halls, and end only with the parade of the winning schools ten days after its official opening date.