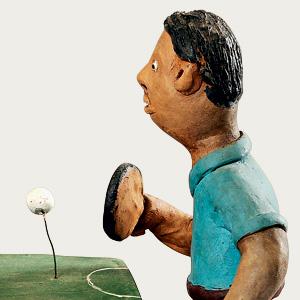 Games consist of different forms of entertainment and amusement competitive or otherwise, generally involving more than one person. They require keeping to the rules already known by all players, and in the end winners and losers are defined. In Brazilian folk art, the frequent depiction of scenes of adults playing games (football, chess, draughts, snooker, hoops, and so on) is evidence of the prestige of this type of activity in contemporary Brazilian culture.