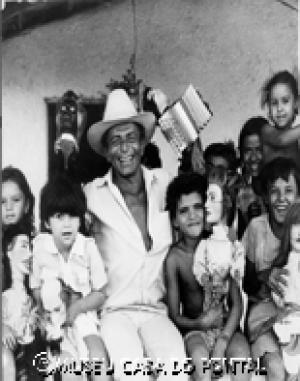 Pedro Boca Rica was born in 1936 in Aracoiaba, Ceará State. He began his professional career as a sculptor of saint images then progressed to his mamulengo puppets. He became very well known and contributed to this art with innovations. One of his inventions was the use of horsehair in his figures. His wooden puppets are known for their angular features and are to be found in the Casa do Pontal Museum and also in the Latin American Memorial in São Paulo. Boca Rica who died in 1991 in Fortaleza was nicknamed because of his mouth full of gold teeth.