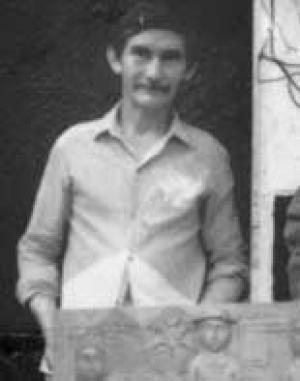 Expedito Antonio dos Santos was born in 1933 in São Pedro, State of Piauí. There he learned the trade and works as a cabinetmaker. He became famous as a craftsman when he participated in a trade show organized by the state government in Teresina. His success led him to move to that capital in 1969. With total focus on religious Roman Catholic objects, he creates saints, angels and reproduces biblical scenes, for example, Adam and Even in Paradise. With the help of his family in his craft, he became famous as a “saint-sculptor” because of his refined productions. His sculptures are to be found in the Church of the Sacred Heart of Jesus in Teresina, and he feels privileged to have them worshipped by the faithful.